Tip on getting the Chinese input back on the Mac

If you experienced the inability to input Chinese characters on your Mac, it may be due to a small “tick” in one of the options. This is a short article.

I am Chinese (mostly). I read and write Chinese, rather well. It is after all my language, and it is a beautiful language that immediately gives visual meaning to words.

I am more used to Traditional Chinese (繁體字), rather than the Simplified version (簡體字). So I have been effortlessly entering Chinese characters on my Mac (running OS X 10.7.x or otherwise known as “Lion”) without any trouble.

Today, I had to input Chinese in the Simplified form, since the local media are educated in Simplified Chinese. I kept trying to input the Chinese characters after selecting the “Pinyin – Simplified” option under my “Language & Text” settings, but to no avail – only Roman characters appeared. 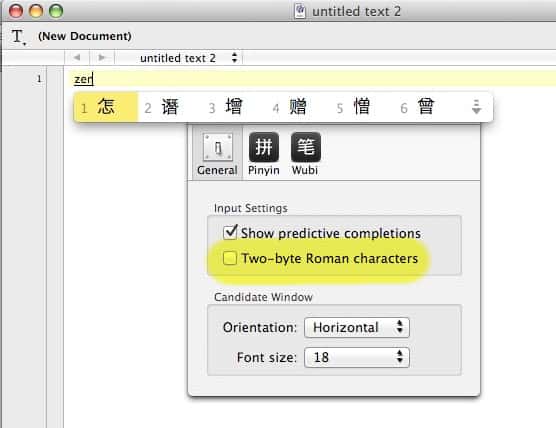 So, sometimes, a problem may seem colossal, but the solution could be a really simple one. Never neglect to sieve out all possibilities methodically and meticulously. Leave no stone unturned and you may just find the “Ah-ha” solution – and then (facepalm) with an exclamation, “why didn’t I think of that?!”

3 great friends and the value of customer service