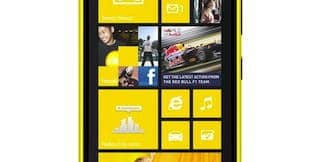 We chat about the Nokia Lumia 920, and the GoPro HERO3 Black Edition.

Nokia Lumia 920
The Nokia Lumia 920 is a Windows Phone 8 contender, and a serious one at that. It features a Snapdragon S4 1.5GHz dual-core CPU, a bright HD screen featuring its Pure Motion HD Plus technology, NFC, wireless charging, and the PureView with Carl Zeiss 8.7 MP AF optics to provide great photography/videography with decent stabilization. The front-facing camera is a pedestrian 1.3 MP version though. The 920 has 1 GB RAM and 32GB storage, GSM, LTE, UMTS/WCDMA, HSDPA, HSUPA, 802.11a/b/g/n, BlueTooth 3+HS, GPS, and uses a microSIM.

GoPro HERO3 Black Edition
The great outdoors invite the brave, and many of us would love to watch their exploits and conquests on film. The GoPro series of tiny cameras has documented many of the outdoor adventures, from on the ground, off the cliffs, underwater, and even in mid-air. The latest GoPro HERO3 Black Edition features an ultra wide-angle F2.8 lens, and shoots 2.7KP, and even 4KP video albeit at reduced frame rates (15fps NTSC or 12.5fps PAL). There is built-in WIFI data sharing or for remote control, and comes with a waterproof housing and various mounts.

If you have a gadget you like reviewed, contact us. We are interested in the following: cameras, computers, tablets, smartphones, video cameras, gadgets, geek toys. etc