Leadership Tribute to my grandpa, army general and thinker 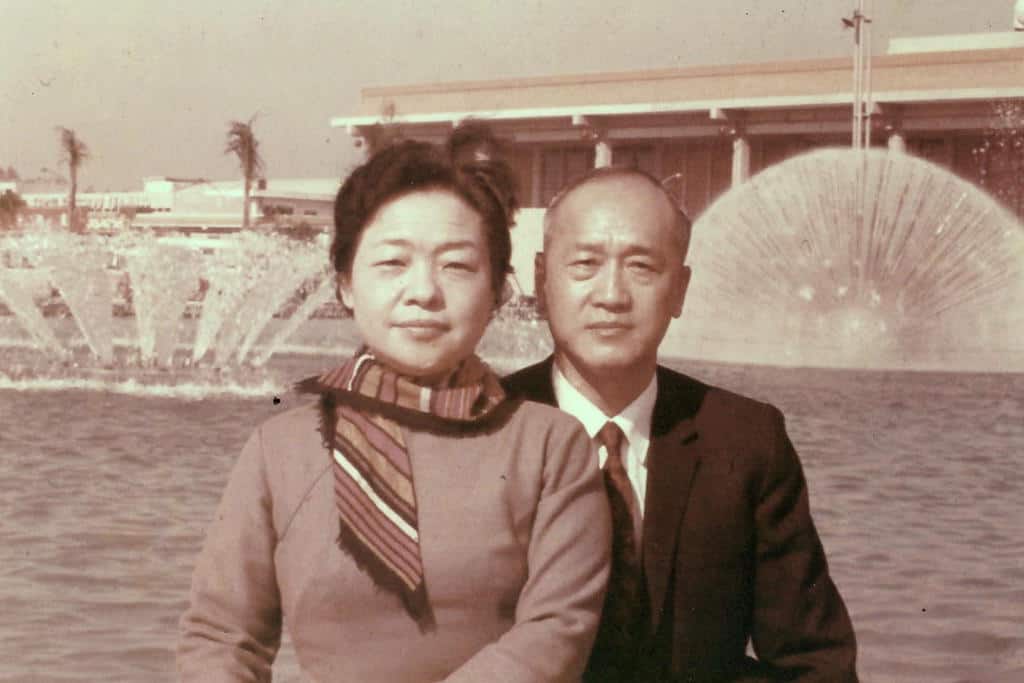 My grandpa passed away recently, peacefully and quietly he left. Yet, beneath all that quiet, was a giant who made a lasting impression in my life. Let me ask you first, who is a true leader to you, and what standards do you hold yourself to as a leader?

My grandpa, Ding You Quan (丁幼泉), the man of steel whom I knew as a child, passed away on May 31, 2018, at ripe old age of 104. By all accounts, he lived a ripe age, and was an accomplished leader. If you have watched the movie "An officer and a gentleman", the screen portrayal by Richard Gere was a mere pea in a pod, while my grandpa was a towering redwood tree of a giant. To me at least, my grandpa bore a resemblance to the founding president of the Republic of China (Taiwan), Chiang Kai-shek (maybe it is just me).

My last encounter with my grandparents was when my grandma (王長慧) was still alive. I visited them in their apartment in Nei Hu, Taipei, Taiwan (內湖，臺北，臺灣). She was already suffering with advanced dementia, and could not recognize me. She thought I was one of her former staff when she was a prominent parliamentarian. My grandpa had a fall a while back and he needed to use the wheelchair.

But overall, my grandpa was sturdy and his mind was extremely lucid. I gave him books I wrote on business and theology. I wrote to them regularly before, explaining the difficult periods I went through in 2004, and how I managed to pick up the pieces again and bounced back by 2007. Of course, my suffering was minuscule compared to the struggles my grandparents went through.

In 1994, a magazine focusing on Hubei Province, China, featured a short commentary and poetry by my grandfather. He was 80 at that time, active as a book author and professor. At the ripe old age of 80, many people in Singapore would have happily kicked off their shoes and relax in the sunset. Not my grandfather. He kept learning, even as he was a university professor and author on labor economics. By many accounts, he was a "father" of labor economics under the two presidents of Taiwan, Chiang Kai-shek and Chiang Ching-kuo. Many of his books became university textbooks.

Grandpa did not have a good time as a child - he was weak and often sick. He was an intelligent kid and studied well. But his family was poor during the natural disasters and other events, and so he had to shoulder the burden and left home at 15. He walked thousands of miles, ate out of the forest, lived like a pauper, and never lost his dignity and humanity. His only dream was to study. Eventually, he was adopted and he was driven, and he became a scholar.

During our last encounter, I told grandpa about the work I do, the books I wrote, the studies I did, and life in general in Singapore. He didn't say much, but told me to write books with meaning, that would benefit people. He told me to keep studying, as he did for life. Learning never stops (the same belief I hold).

The greatest leaders are never born with a silver spoon. Look at history memorial, and you will know the greatest leaders did not simply inherit positions of authority - they fought tooth and nail and earned the respect and trust of people to be on top.

And yet, the gems of leaders are also those who earned the respect and trust of people, rose to the top, and did not abuse their authority nor became arrogant.

I am proud to call my grandpa such a man. I have NOT seen a man of his stature and accomplishments this side of my world, to have the same mettle. Arrogance often crept in when leaders got comfortable with their positions, and they forgot where they started from. My grandpa never forgot his humble and painful roots, his struggles, and his learning culminated in a better man to serve others, not to lord over others.

Let me show you a part of one of his poems, revealing the melancholic scholar and hardened soldier in him.

He talked about the recognition for his military and academic achievements with great humility, which he felt he was unworthy for. No arrogance, just humility. He is, the TRUE officer and a gentleman. No wonder my grandma clung to him for a lifelong marriage.

Duh, right? Today, I have seen many "paper generals" who know nothing about war and merely play with computers and simulations. War to my grandfather was a tragic, real, and circumstantial experience he went through. He never talked about that to me when I was a child, nor much to my mother and uncle (an airforce colonel).

Likewise, we have seen far too often, corporate leaders who "lead" by hiding behind their underlings, cowering behind documents, processes, commands, and hierarchy. Such pretenders often blame their underlings and push them to the fore to take the fall, never shouldering responsibility or blame. I would never consider them leaders. They are usurpers, occupiers and pretenders.

My grandpa studied hard, became a scholar, and decided to serve the nation by joining the army. In the world war defending China, and subsequently in the civil war, my grandpa, the brigadier general (later lieutenant general) fought at the frontlines. He commanded thousands of troops who fought to their deaths, and survived with his comrades with a sadness only a real, battle-tested soldier would know. Through those difficult times, he also met the love of his life, my grandma, a nurse who tended to the injured. That was the romance of a lifetime forged in difficulty.

Both of them were leaders who fought at the battle front together. They fought in the arena of politics. And my grandpa went on to fight in the arena of academia, penning and teaching thoughts to be part of the transformative journey of Taiwan. Taiwan of course, did become one of the economic "tigers" in Asia during the emerging golden years.

If you looked at the very few photographs of my grandpa (I don't have them with me), he was in his general's decorations and uniform, on horseback. He was not a big or tall man, but something in him shone through and you knew he was in charge. I felt that "aura" of him as a child, and even when he was already in a wheelchair.

We went for lunch at the restaurant on the ground floor of their apartment (which conjoined a nursing hospital which my grandpa was CEO and chairman for some time in his 90s). My grandpa, in his loving and firm manner, ordered food for my grandma, but ordered something simple for himself.

That was the grandpa I have known all my life - beneath the stoic firmness, was a gentle and loving heart. His enduring love did not stop at his beloved wife that spanned a lifetime. He was the same gentle, loving and yet firm leader to many people he touched. Love need not be mushy. Love can be firm. Grandpa was the personification of such a love. I did not fear him. I respected and loved him. That is the evidence that I, like everyone else, felt his love despite very firm admonitions.

In my life already passing the 50s mark, I am proud to have grandparents like my grandpa the general and professor, and my grandma the parliamentarian (lady power in the early days, with real substance and strength). I have learned much from them despite very brief and few encounters. Giants do not need artificial magnification like mortal pretenders - they, my grandparents, are seen as giants even thousands of miles away. I salute them. I respect them. And I love them. May their memories be eternal and may God rest their souls. Amen.