A Mac user at the crossroads

I am a long-time Mac user since the 1980s, and tinkered with BSD and Linux a bit along the way, and danced with Windows sporadically. The debate for “which is the best OS platform today” is still ongoing, and you may be surprised where it is heading.

I started using the Mac Plus when I was an evangelist for the Mac platform in the 1980s, and became a Mac developer since then, having developed interactive and networked learning programs on the Mac, in industrial and other scenarios. I was one of the early pioneers in illustrating completely with the computer mouse, using the first version of Illustrator. I dabbled with AVID NLE on Mac, ReadySetGo, Quark XPress, etc. You think of a digital media genre on the Mac for the 1980s to the 1990s, I have probably tried it.

Even today, we use Macs almost exclusively. It used to be one of the easiest platforms for a newbie to get acquainted with, and just get to work very quickly. It still may be.

However, increasingly, its UNIX underpinnings is increasingly sidelined by a window dressing that is nearer and nearer to its mobile cousins, the iOS. And to me at least, that is not a good sign.

Three of the best Mac apps I use, and always advocated many people around me to use, are iWork apps – Apple Pages, Keynote, and Numbers, the Mac equivalents of Microsoft Word, PowerPoint, and Excel, respectively.

There are many great features on the Apple iWork apps that just work better than their Microsoft counterparts. For example, one of the most powerful features is “instant alpha”, which is the easiest masking method to get plain backgrounds erased from photographic images, enabling a nice image blending effect for nice page layouts. This feature is available on Apple Pages (the MS Word equivalent) and Keynote (the PowerPoint counterpart). With this feature alone, it is very easy for almost anyone to do beautiful page layouts for advertising, or make very sophisticated-looking presentations. At the same point, although iWork file formats are proprietary, it is relatively easy to import or export to Microsoft-compatible formats.

But just now, I realized that the most recent upgrades of Apple iWork, quite a lot of features were removed from their current cousins, many of which are important to power users like us. Power users are NOT computer programmers necessarily, but may be secretaries, marketers, accountants, etc. We need some of these features as part of our work every day, and do not care for mere tablet-friendly “pretty interfaces”. Do I want to “upgrade”? I seriously don’t think so.

My frustration with Apple did not start recently. It started with FileMaker Pro, their desktop and network database software that I developed some apps on. The earlier FileMaker versions were beautiful, elegant, simple to develop and use. The later evolution of the software went south, and eventually, I found alternative ways to create reports and invoicing and abandoned that database altogether. It was a liberating move because it meant one less proprietary format to deal with, and brings us much closer to becoming platform-agnostic, important for small or large businesses alike in today’s fast-changing world.

Apple’s Safari web browser used to be the best web browser I have used. However, the most recent upgrade consistently crashed when I tried to administer some of my CMS websites, which caused absolutely no problem with other browsers like Opera Next, Firefox Aurora or Chromium. Yet another bummer.

So while many have written off Microsoft, I have toyed with Windows 8 (and all its earlier cousins), and found that it has some advantages against OS X on a proprietary Mac hardware. Windows 8 can run on many more hardware platforms, which allows us to modulate the costs as we see fit. The new Windows is also easy to use, although occasionally its old innards may surface, which distracts from the otherwise elegant window dressing (pardon the pun).

Some people seem to write off Linux altogether, thinking that with the dominance of Apple and Microsoft in the desktop environment.

However, Linux has moved in amazing ways forward, and if you actually install Linux on a simple hardware, and work with it, try out many of the free (yes, free) software available, you may find that the OS has many more advantages under its belt, especially if you need to customize, and if you need features and functionality, and most of all, if you are interested in cost management.

LibreOffice is available on all 3 major platforms, Windows, OS X (all flavors), and Linux. If you like a familiar user interface, having come from a Windows environment, Linux is not the terminal monster you imagine. It can be attractive, easy to use, and accessible. Many people got on the Linux bandwagon through Ubuntu Linux. I have tried Ubuntu and many other variants, and finally settled on Linux Mint as the best version I can deal with on a daily basis for work or play. It is not the most advanced, but because of its conservative approach, Linux Mint is reliable and safe for folks like us.

Linux Mint has various versions. If you have sufficient hardware to run it on, you can use Linux Mint with its Cinnamon/Mate interface. By “sufficient”, I mean an average Intel hardware will do, and Linux will never demand as much from your hardware compared to OS X or Windows. If you like even lighter hardware requirements, try Linux Mint XFCE, which is not bad as well. For most people, Linux Mint Cinnamon is the way to go, and very “Mac-like” to quote some friends who saw and tried it when I showed it to them.

Moving forward, with proprietary platforms becoming more and more constrained by whatever reason, there is greater and greater reason to wrestle the control back to our own hands, whether we are small business owners or infotech administrators. 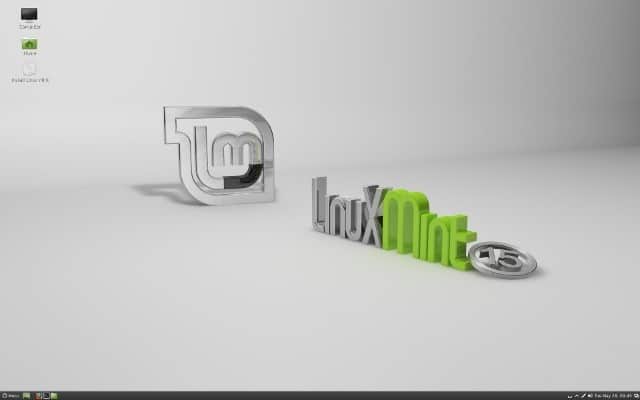 PS – All trade names mentioned are trademarks or registered trademarks of their respective organizations and are acknowledged.

The journey of siblings till the end

Quitters or Movers on your team?