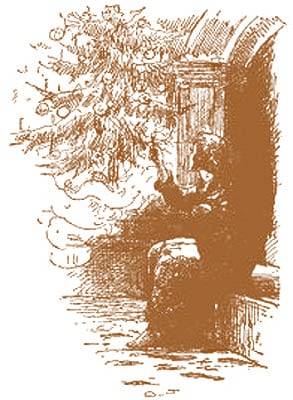 “The little girl with the matchsticks” is a sad children’s story by the famed Danish poet and author, about a little girl who was forced by her father to sell matchsticks in the brutally cold winter. Because of the harsh weather, she could not sell the matchsticks, and so she hid in a corner and lit the matches one by one. Because she was frail and cold, she saw visions, including one of her reposed grandmother, who was the only person kind to the little girl. Then the little girl died and her grandmother’s soul came and took her to heaven.

We light candles in Church at the Liturgy, usually by the same simple matches, and more recently, with disposable lighters. Just a short time ago, we would have lit candles at home with matches (I still do).

Matches used to be found and sold everywhere, and yet, these days, are such rarities that are nearly impossible to find at the convenient store or the neighborhood grocery store. One day, kids may not even know what matchsticks are. And if we are to read the story of “The little girl with the matchsticks” to little children now and in the near future, they might be perplexed at just what matches are.

There is a need to see that cultural and generational diversity do exist, and can create challenges to people trying to speak or write to one another.

We know of cultural differences (whether it be racial or religious) and how such differences can affect communication between different communities and people. These cultural differences are real, even if sometimes hidden from view, and can hinder genuine and effective communication. There is no reason to “dumb down” communication just to placate to “politically correctness”, if the motive is simply to avoid trouble. The better way should be to understand the differences, empathize with one another, and through understanding one another, we begin to recognize and respect the differences, and accept them as unique compositions of another being.

True respect is never about simply avoiding landmines of communication and behavior, but to embrace the differences, accept them as they are, and still respect and love the other person just the same. It is never going to be easy, but it will be lasting, and it will be heartwarming.

So, in the scenario whereby we are trying to tell the story of “The little girl with the matchsticks” to a little one, we should embrace the differences, rather than skirt around the differences. In this scenario, rather than avoid telling the story because we imagine the little ones would not know what matchsticks are, we should tell the story, and explain the contextual knowledge behind the story, to the child. The child will then embrace the reality we know, and get to know us better as well.

For example, when telling the story to a child, find a source of matchsticks, a disposable lighter, and a candle, to use as props for telling the story. For example, we can place the unlit candle on the table, and then light up the candle with the disposable lighter. Leave the candle lit for a short while, and the blow out the flame. The child would recognize contextually the lighter as a contemporary device to light a small flame.

Next, whip out the box of matches when telling the story, and then light up a match to light the candle again. The child would be curious what that little stick with a lump at its head is, and that when struck against the side of the matchbox, becomes aflame and can be used to light something else, like a candle. Then explain what matches are, how they are made, and the proper use of matches.

At the end, I hope that one day, you and I are still able to tell the good old Hans Andersen story of “The little girl with the matchsticks”, simply because we cared enough to put in the work before we start telling the story to another.

Seamus Phan has 32 years of professional experience. He is a professional speaker, marketing and branding consultant, book author, technologist, scientist, artist, and aviation enthusiast. Some articles are reproduced at McGallen & Bolden, where he is CTO and Head of Content. Connect on LinkedIn. ©1984-2019. All rights reserved.

Niceties of language and communication