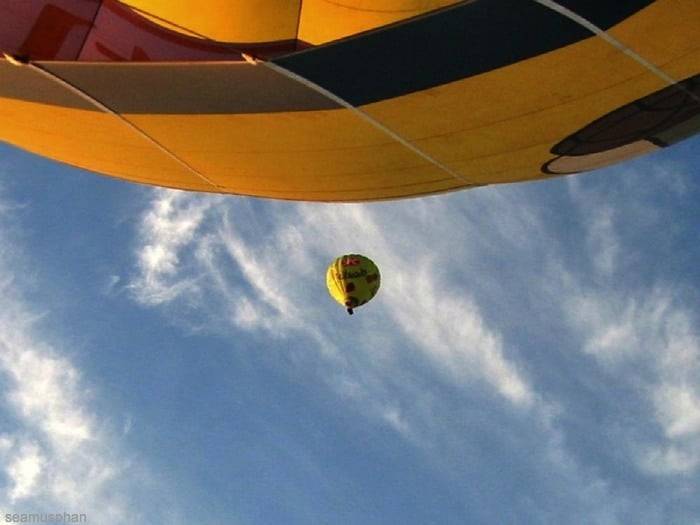 I watch news and variety programs from Taiwan and China, and often, there will be Caucasians who would speak perfect Mandarin, and have attended graduate programs in both these locales. This is no longer unique, but becoming commonplace.

Conversely, in Singapore, are the young (and old) ready for the massive Chinese market?

It all began in Taipei

My maternal grandparents were from mainland China, who moved to Taiwan during the Chiang Kai Shek era. My grandpa was a retired lieutenant general who went on to become a renowned labor economics professor and author, while my granny became a top government official. My grandma reposed last year at the age of 100, while my grandpa is going strong at 105 this year.

Because of such heritage, I was always earnest in learning my mother tongue - Chinese. I learned classical Chinese (文言文), as well as the contemporary Chinese language (白話文) found in schools and conversations. And besides the Simplified Chinese (簡體字) taught in Singapore schools, I learned and mastered Traditional Chinese (繁體字) myself too, because that is my heritage as a Taiwan-born.

Why not just use English?

You may ask, why bother with learning Chinese to this degree when the "world" uses English.

That would be at once naive and myopic.

The world is a big place, and if you are imagining the world market to be monolithic, or centered on a single English-speaking nation, that would be foolish. The Chinese market is over 1 billion, with major cities such as Beijing and Shanghai already having more than 20 million people each (equivalent to the population of Taiwan as a whole). A sizable market like America has only about 320 million people. Singapore has only about 5 million people.

If you see the recent migrants and workers from mainland China and Taiwan to Singapore, you would notice that you will have better and more meaningful conversations with them in Mandarin, then trying to speak English.

The government here recognizes the severity of the global economy and the dire condition Singapore faces as a tiny nation, where consumerism has already saturated and there is little wriggle room. The government is coaxing more and more assertively, the locals to move beyond Singapore, to explore new frontiers, to open new remote markets.

The Chinese economy just makes more sense, in sheer numbers, than say, the regional Asian economies. Although South Korea and Japan are strong economies, the graying Japan has only about 120 million people, while South Korea has about 50 million. These are sizable communities, but you have to learn a new language to move in to these markets, and the barriers of entry are much higher not only because you have to master a foreign language, but because of the many administrative hurdles mandatory to setting foot there. These are not insurmountable, but given the size of the Chinese markets, and if you have to prioritize or choose, it is not difficult to see why mainland China and its related markets seem like a good idea.

Giving ourselves an extra edge

There are some people here who would shun Mandarin, and even scorn at its use as if the Chinese language is not up to their liking. Of course, some of them have wised up and started to school their own children in Mandarin, recognizing that the government's call to learn Mandarin is not just for cultural affinity, but realistically and urgently for trade and commerce - in short, for survival.

I frequent a cafe nearby rather often. Their frontline crew are Chinese-speaking mainland Chinese, and their manager speaks to her crew in Mandarin. Why would that be unique you may ask. Well you see, their manager is a Malay Singaporean, who would in the usual school system, be schooled in Bahasa (Malay) instead. And she is not alone. I have seen many non-Chinese job applicants who speak fluent Chinese, probably because they can already easily learn their mother tongues (such as Bahasa or Tamil) at home, and learning a third language gives them a distinct advantage in their careers or businesses.

As communicators, people developers, and marketers, the use of refined language is important, as we are dealing with communities and people. Do we know how to use the right words, to phrase things elegantly and persuasively, and to connect with people through our mastery of language? Language learning is never easy, and even native speakers can find lots of room to learn and grow. I have experienced first hand in Western countries, where I helped native speakers refine their copy for communication materials, even though I am supposedly a non-native speaker or writer of English (Psst - that is not true of course, as English is my first language as much as Chinese is also my first language).

The world and its many facets

Learning and mastering Chinese is important, but we need to recognize the diversity of the world and its people. There are also fast-growing markets that demand the use of other important languages. I have learned Sanskrit and Tibetan when I was younger, and so learning Hindi as a similar language will probably be useful if not important in the decades to come, as India is fast catching up in its way to the top. I am part Siberian, so I am also learning at least rudimentary conversational Russian. It is not easy, but I will try.

And so, what are you already doing in reaching out to the rest of the world, whether Chinese-speaking, or some other locales? The world is fascinating and huge, and surely a big potential market is worth fighting for.

PS - If you need an agency with a deep understanding and mastery of the Chinese language to help you break into the mainland Chinese and related markets (in both Simplified and Traditional Chinese), let us know. We love an enlightened and committed client!

PPS - I learned conversational German a while back, and also know a little Japanese. You can say I love languages.