Empathy, and not AI or automation, is the REAL enabler of UX and UI 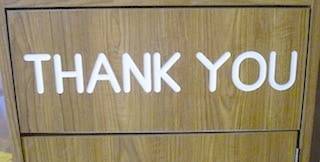 Today, my family had the most unpleasant experience at a local McDonald's outlet, where patrons waited for an hour (my family waited for half an hour) for what seemed like simple breakfast orders. The problem? Let's start with the new self-service kiosks.


As a customer service expert since the late 1980s, I was privy to be a pioneer in the local SQ Centre project pioneered by Singapore Airlines and the Productivity and Standards Board (now SPRING Singapore). I left the project, and developed tangentially my own process-based service quality system which was copyrighted in 1990, and adapted for use in a national aviation services company in a million-dollar project when I was engaged by a Big 4 firm. Out of my copyrighted work in 1990, I adapted the system into a simple-to-read and first such book in Singapore, titled "Enlightened Service Providers (ESP)©".

My approach has always been different from my peers. While many customer service advocates usually zoom in on frontline staff, and trying to motivate them to excel at service, I believe that this approach may be short-lived because there may be inhibitors to their performance. Why?

The problems are NOT the frontliners

That is why I believe the key to superior service is in having enlightened leaders, who in turn empower and initiate the implementation of streamlined and productive systems and procedures so that frontline employees can focus on doing their jobs - serving customers well.

I used to hold McDonald's operating procedures as the epitome of empowering customer service, where frontline employees are able to perform productively and effectively so that customers will always enjoy the simple fast-food restaurant experience. The restaurants always outperformed many of their competition in processing speed (which is a critical factor in customer satisfaction) and precision, and a good general frontline attitude.

Is automation always better? Absolutely not.

However, in the last year or so, the restaurants have done away with many cashiers and replaced them with self-service kiosks. These kiosks are new to this locale but started a lot earlier in the West. There are some who would wax lyrical over why these kiosks are fantastic, and even as a technologist myself, I would have considered these an improvement in the beginning.

Then it became obvious, through this and several first-hand encounters, that things are not particularly smooth with kiosks when compared to the good old-fashioned cashiers.

It is all about the UX (user experience) and UI (user interface).

The UI of the self-service kiosks would be acceptable to most customers who are familiar with computers and tablets, but would immediately deride the aging population who would most likely be having the time and leisure (and desire) to bring young grandchildren to these outlets. They are not user-friendly to some. A smart and productive system should be able to serve ALL customers equitably, and not serve some well but others badly. That would be considered bad UX.

Today, my family ordered 3 muffins through the self-service kiosk at a McDonald's outlet and was given a queue number. Then ten minutes later our queue number flashed on the board and my family stepped up to the manager to ask for the muffins. The manager retorted that he is following the "time of the order" rather than the queue number, which was odd. There was only one cashier besides the manager at the front at that time, and my family learned from others near the front waiting impatiently and angrily, that some of them waited for an hour for their orders (and still waiting). After about half an hour, my family went up to the young cashier, who then saw our muffins was actually already sitting at the holding area for the last 20 minutes, but turned cold. She quickly replaced the cold muffins with 3 new hot ones, and my family went on. What happened was that the manager insisted that he was following the "time of the order" rather than the queue number, when the order was actually ready in 10 minutes later. So my family observed a stockpile of finished products at the holding area, due to some unexplained phenomenon at the backend, probably due partly to the manager and partly to the kiosks. What would happen to these wasted food orders? Ask them.

The cashier system at McDonald's was easy. It was a "first-come-first-served" system that every person alive understands. You queue in line. You inch slowly upwards until you are facing the cashier. You make your order and pays. You step aside to the fulfillment staff, who hands you your order when it is done. Simple. Beautiful. Works.

To give you an example of the 3 muffins, it would sound like this:

Me: I would like 3 sausage muffins please.
Cashier (keys in on terminal): That would be S$xxx.
Then you move aside to the collection counter and collect your food. That's it.

The new system is much more convoluted (it was said each franchise needs to cough lots of money to pay for these kiosks).

You figure out the UI of the kiosk. You look for the foods you want, scrolling through screens, selecting the products, go through the menus for repeated items or other items. You then click to pay, and use your credit card. You can have the option of paying at the counter but apparently, that slows your queue further. You then progress to the cashier when your queue number flashes on the big headboard, and then hope to collect your order at that point. The UI (not just the kiosk, but the entire workflow) is far less intuitive compared to the old cashier system, and the UX is invariably more spotty and more prone to errors and dissatisfaction too.

I am sure you see that there is a BIG problem in these self-service kiosks and as a UX/UI developer since 1980s, I can tell you any decent developer can do better (think Amazon's cart system).

Empathy is the real enabler of UX and UI

There is a growing aging population WORLDWIDE. There are many people who would gladly take up a job if they are given one. My dad, a PhD no less, had difficulty finding a job after 60 simply because of his age. He recently gained credentials as a security officer and hopes to work in that field. Overqualified? Absolutely. But he is realistic, and likes to work to keep his mind and body sharp.

So there are plenty of people who are aging who would like to work, for financial as well as for emotional reasons. People are living longer than before, and are reasonably healthy. I have always enjoyed brief chats with frontline staff at various retail outlets from health stores, electronics and camera shops, restaurants, etc, who are matured in years and lots of good stories to share. I learned a great deal from them, and I believe companies benefit from their service too.

So why would McDonald's go through automation imagining it to be a godsend when the reality is that there are so many kinks and problems that it would have made more sense to stick with the previous cashier system? Sure, use automation, but at least have redundancy plans and systems in place so that things will still work seamlessly until systems work well. I don't work there, and so I don't have the answer. But to be sure, as a published author and customer service expert, I can no longer include them as a shining customer service example in my future books or articles.

The next time you consider automation, think UX and UI. Don't be swayed by bells and whistles. Look beyond the window dressing. Think for the ENTIRE stakeholder ecosystem, and that means your paying customers at large (whatever their age, race, education, disposition, etc), and also your NON-paying customers (that means your employees). Empathy goes a long way in UX and UI.

PS - Kiosks are no different from simple e-commerce websites. Every product should allow simple variables such as "quantity", "coupon code" and options (choice of color, choice of whatever). As a interactive media (including kiosk apps) and web developer since the 1980s, I assure you this is not rocket science.